Would you Rather Running Style Survey

How did you celebrate?

I spent New Year’s Eve working both jobs and spent yesterday (mostly) in bed, trying to kick this nasty head cold… today, I am back at work, drinking Kombucha and a fruit smoothie, in hopes that I’ll be back to normal in the next day or so…

Anyway, Cori over at Olive to Run posted another one of her awesome “Would you rather…” running surveys and I had to join in! Check out her post to see more responses or join the link-up party!

#1. Would you rather run in a thunderstorm or a snowstorm? I’d say thunderstorm…there’s something so freeing about running in the rain and I feel like a bad-ass… not that I mind snow… but rain is better.

#6. Would you rather have a headache during a run or a side stitch? Headache….I think.

#7. Would you rather have a rest day on a work day or a day off? I’d say probably a day off…but I normally end up doing my rest days on a work day…. weird.

#8. Would you rather be a race director or a race volunteer? I’ve done both… I love being a race director and am currently in the process of planning Strides for James 2014. It’s so rewarding and I love getting to meet/keep in touch with so many people in the community–both runners and volunteers!

#9. Would you rather spend your money on running gadgets [HRM, GPS watch, Headphones] or running shoes? Running shoes… I’m not a huge gadget person.

#10. Would you rather run in a relay or do the run portion of a distance triathlon? Run a relay…Ragnar Relay, anyone?! 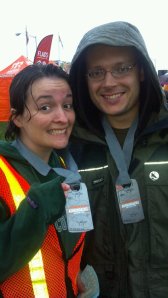 What about you?! How would you answer these questions? What’s your best “would you rather…”  question?

4 Comments on “Would you Rather Running Style Survey”